Hassler (1564 - 1612) was born in Nuremberg; he learned to play the organ as a child. He was an accomplished musician, who also built clocks and musical automata. He wrote the "Missa secunda" while he was employed by Count Octavian II von Fugger. The Mass, set for four voices a capella, has long been part of the Chapel Imperial's repertoire. 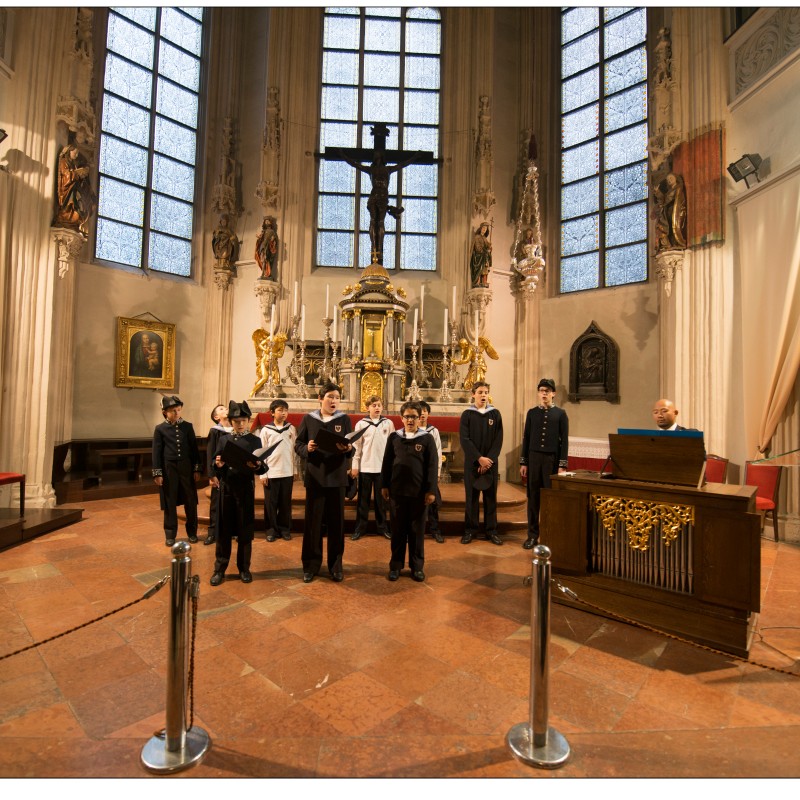