Whitsunday at the Imperial Chapel

Whitsunday at the Imperial Chapel:

During the last months of his life, Franz Schubert was very ill. He was probably treated for syphilis, and the method of choice in his day was mercury. The side effects of this 'cure' were painful and in the end, lethal. Schubert must have been in agony. Despite this, he managed to write - between July and November of 1828 - a symphony, a string quintet, the 14 songs of  his "Schwanengesang" cycle, and the mass in E flat, his last.

It is an hour of music; 45 minutes was the maximum of music deemed appropriate for a contemporary solemn service. The music is agonizingly beautiful; it is the unorthodox, idiosyncratic, and deeply felt creed of a lateral thinker who hated any form of bigotry. Schubert changes the order of the liturgical text, leaves out passages with which he disagrees ('suscipe deprecationem nostram, qui sedes ad dexteram Patris, miserere nobis', 'Patrem omnipotentem', 'genitum, non factum, consubstantialem Patri', '[credo] in unam sanctam catholicam et apostolicam ecclesiam'). There is no organ. Instead, Schubert uses three trombones, which make you think of the apocalypse or the instruments that brought down the walls of Jericho. For the most part, he lets the people speak, as it were. This is above all a choral mass; there are only two passages with solos. The harmonies anticipate Wagner's music. In a strange way, the late romantic mass resembles the music of another lateral thinker, J.S. Bach.

Boys from Haydnchor and Mozartchor are singing it on this occasion, "It is a really beautiful mass," says Jack, whose last year with the choir this is, "probably my favourite." And Luis agrees, "I am glad to be singing it again." 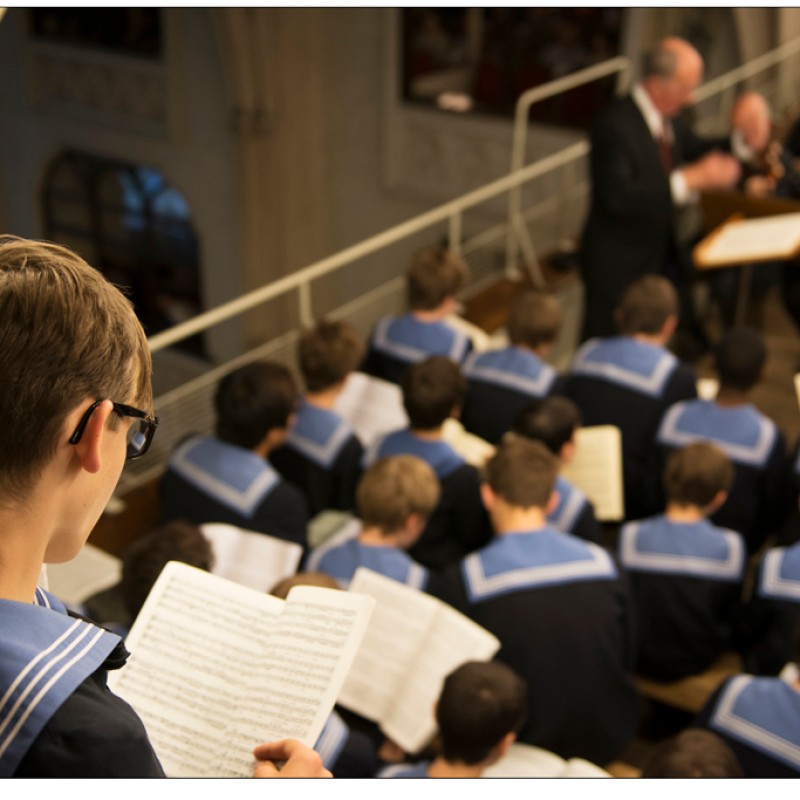