Bella Italia in the Far East

From 23 September to 13 November 2016, the Vienna Boys Choir tours Asia, conducted by choirmaster Manolo Cagnin. Besides China and Hong Kong, they will visit Singapore and Taiwan, and pay rare visits to Indonesia and the Philippines.

The tour kicks off with a workshop and a concert in the port city of Guangzhou; press conferences are planned for Shanghai, Hong Kong, Manila, and Jakarta. Further Highlights include concerts in Beijing, Singapore, and Taipei.

The boys present their hit programme “Bella Italia” - reloaded. They offer a  comprehensive anthology of Italian choral music, from madrigals and motets to modern compositions, with works from Vivaldi to Verdi. There are two pieces by Rossini, a spiritual song and his ever-popular “Cats’ Duet”. Also in the programme: Bob Merrill’s “Mambo italiano”, “That’s amore” by Harry Warren, and Ennio Morricone’s “Nella fantasia”, as well as folk songs from the host countries. The programme ends with another tribute to Italy, the country where the lemons blossom: a famous waltz by Johann Strauss.

The boys sing 24 concerts in eight weeks; in addition, they are looking forward to meeting local choirs and fans and to extensive shopping and sightseeing. Matthew anticipates excellent food – Dim sum is his favourite, Robert has visions of the terracotta army in Xi’an. Elias is rather hoping for a visit to a panda centre, and Raphael knows they will visit the stone forest of Shilin. Whereas Philipp is curious about the Philippines. Yu, the Chinese boy from Vienna, considers this a home game – he will translate for his fellow choristers. 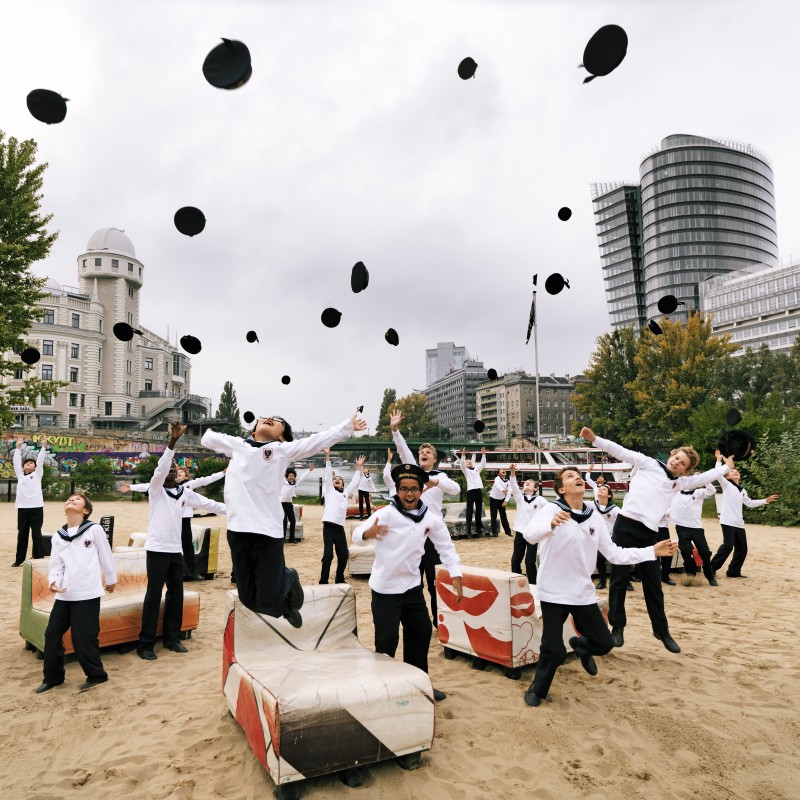