J. Gallus, Missa Pater noster
Jordi Casals conducts
Jacobus Gallus (c. 1550 – 1591) was born in Reifnitz, Carnolia (now Ribnica, Slovenia). His birth name was probably Petelin, which in Slovenian means ‘rooster’. As he traveled all over the Habsburg Empire, he used either the German - Handl - or the Latin - Gallus - form of his name, sometimes adding the adjective Carniolus, in reference to his home country.

Gallus arrived in Austria as a teenager, singing first in the Benedictine Abbey at Melk and later with the Chapel Imperial in Vienna. It appears that some of his works were written for the Imperial choristers. Between 1579 and 1585, Gallus was Kapellmeister to the bishop of Olmütz (now Olomouc) in Moravia, before becoming the organist of the church sv. Jan na Zábradlí in Prague. In Prague, Gallus oversaw the systematic publication and printing of his works.

Gallus’s music combines ideas and elements of the Franco-Flemish, German, and Italian Renaissance styles. Some of his chromatic transitions in particular hint at much later styles of music. Contemporaries admired his works for their beautifully woven counterpoint.

His most notable work is arguably the six part Opus musicum, 1577, a collection of 374 motets that cover the liturgical needs of the entire ecclesiastical year.

The Missa ad imitationem Pater noster is one of Gallus’s 16 settings of the mass ordinary. It is for eight-part double choir, and was edited by Hans Gillesberger (1909 – 1986), artistic director of the Vienna Boys’ Choir in the 1970s. 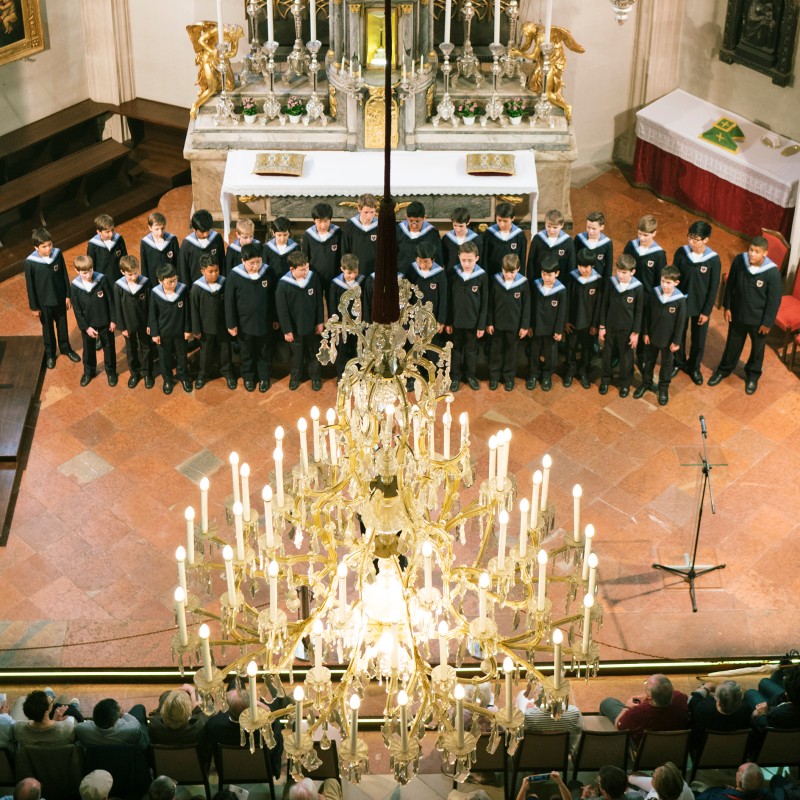