Ping Gong, Executive Director and Senior Vice President of international conglomerate Fosun and Professor Gerald Wirth, President and Artistic Director of the Vienna Boys Choir signed a Letter of Intent in Beijing earlier this month: Fosun is to help fund the creation of music kindergarten programmes in China, to support the Choir's philanthropic projects in China and Europe, as well as its research into the effects of music on the development of the brain

The Choir's relationship with China began during their first visit to Beijing in 1991. The boys were back in 1999; since 2001, they have toured China regularly. The Vienna Boys Choir performs in the large cities, but also in cities off the tourist routes. In 2008, the Choir even travelled along China's Silk Road to Dunhuang and the Gobi desert – for a feature film by New York-based director Curt Faudon. The boys are set to return to China for another major film later this year; this time to perform with Chinese choirs.

They have their own Chinese fan club, the „Friends of the Vienna Boys Choir in China“. Every year, Chinese choirs travel to Vienna to take part in the „World Peace Choral Festival“ - an international festival hosted by the Vienna Boys Choir. Every year, the „Friends“ organise VBC workshops in China for choirs, choirmasters, conductors, and singers of all ages – all designed to give people access to the choir's methods. „The workshops are extremely popular,“, says Professor Wirth, „But there is a limit to how many workshops you can do, and a workshop is only ever an incentive, nothing permanent.“

So 2017 saw the foundation of the „Friends of the Vienna Boys Choir“ Kingergarten in Shanghai; and it is hoped that there will be more in future years.

The benefits of early music education for the brain are enormous; and not just in intellectual terms. Singing has been scientifically shown to improve the concentration span; it trains in particular the ear, and it also trains people to think strategically, to better plan. It boosts social skills – choral singing is a huge team-building exercise. For any society, it is essential that its children, regardless of their background, have access to music and music making.

Says Professor Wirth, „The more children, the more people sing together, the better. Not only for the individual, but also for society as a whole. Just think: If all world leaders were choir singers – we would have a very peaceful society.“

Ping Gong and Professor Wirth agree: „Singing in particular is an important part of human culture; someting we all do, something we all have in common. Singing brings people together, and peoples.“ 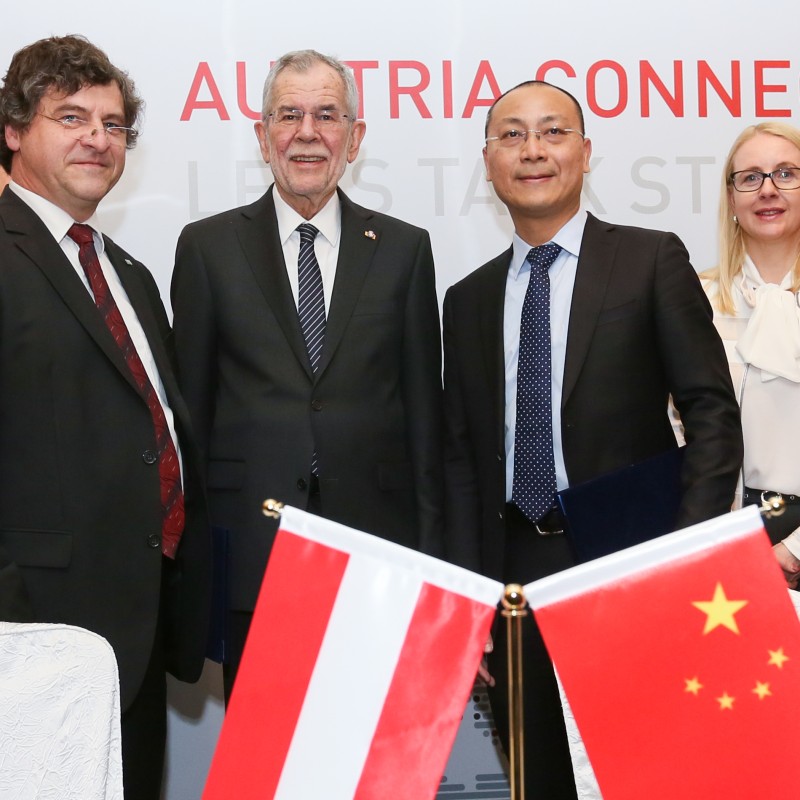