Erwin Ortner is the artistic director of the Chapel Imperial ("Hofkapellmeister"), and thus effectively the successor of Antonio Salieri. He conducts most of the Sunday services, taking turns with Christoph Campestrini, Jordi Casals, Janko Kastelic, and Martin Schebesta, and sometimes guests, such as Franz Welser-Möst, or Gerald Wirth.

The curious building, which dates back to the 13th century, was adapted in Maria Theresia's reign to suit the needs of the court: seating, apart from the seats in the nave, is arranged in boxes, giving the impression of a theatre rather than a church. Courtiers and nobles attended the service from the boxes; the Emperor's own box was connected to the Palace kitchen.

The musicians perform high above the congregation on the organ loft; after each service, the boys will descend to the nave, to sing one motet in front of the altar. Visitors are invited to take pictures then. 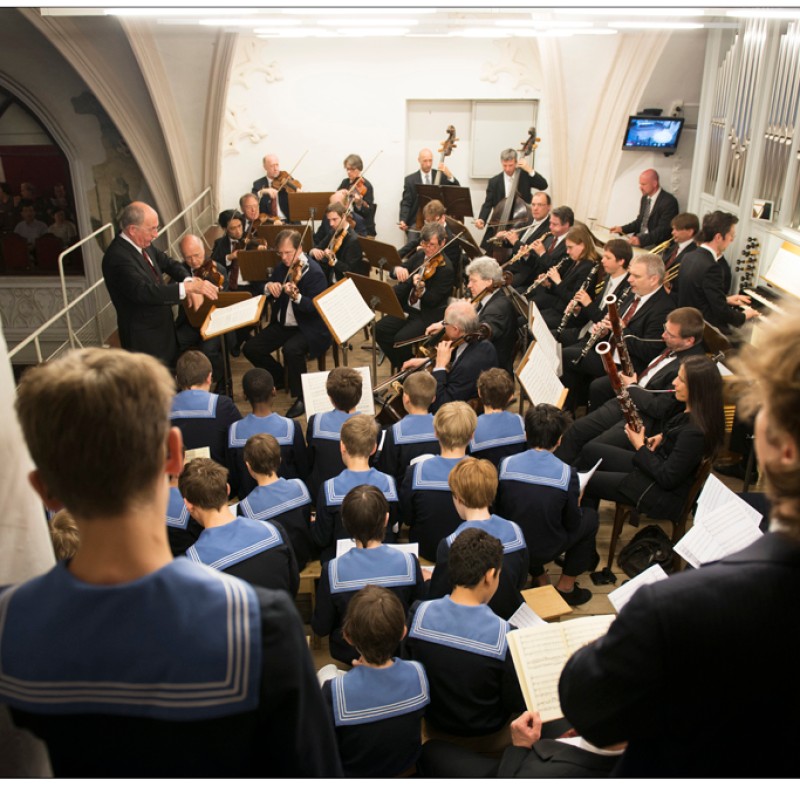 Special concerts of the Chapel Imperial

Outside of the Chapel building, the Chapel Imperial sometimes gives special concerts, at Vienna's Musikverein, at the Salzburg Festival, or at international festivals like Muscia e Arte Sacra in Rome. These concerts are conducted by guest conductors, such as Riccardo Muti, Franz Welser-Möst. Among past guest conductors are Nikolaus Harnoncourt, Erich Kleiber, Sir Neville Marriner, Arturo Toscanini, Bruno Walter.